Learn about what the club stands for and where we started. 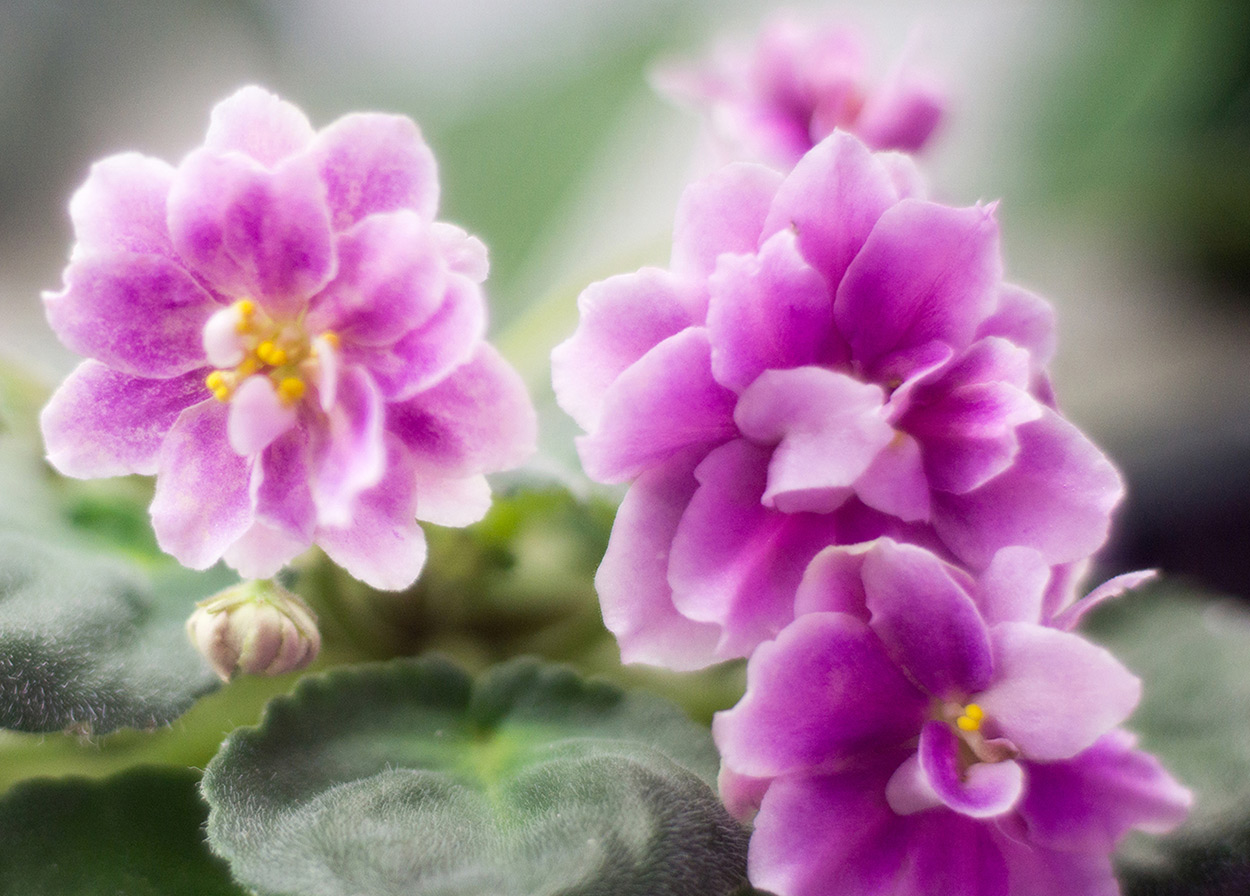 In January 1952, organizational meetings took place to form a club organized around the interest of growing Saintpaulia ionatha, more commonly known as the African Violet.  .

In 1890 in East Africa, Baron Walter von Saint Paul discovered the delicate plant on one his plantations.  He sent plants and seeds to his father in Silesia, Germany.  Some of the plants raised from seed were shown in Ghent, Belgium in 1893 at the International Horticultural Exhibit.  In 1894 African Violet plants were raised in the Royal Gardens of England and two plants were taken to the United States by a retail florist.  By 1936 a number of varieties of the plant were available in the United States, but it wasn’t until six years after von Saint Paul's death, that the plant became widely popular.   The African violet is not a true violet but a member of the Gesneriad family.

The first official meeting of the Seattle Saintpaulia Society, took place on February 13, 1952 in the auditorium of the Seattle Post Intelligencer newspaper building.  One of the founding members of the club, Mrs. Henry Moore had over two thousand plants in her home greenhouse.  Club dues were one dollar per year and ten dollars per year for commercial growers.  Over 60 people attended that first meeting and club membership continued to grow from then on.

In April of 1952, the club had its first public event, a booth at the Seattle Centennial Garden Fair held at Malmo Nurseries.  Here the public could come and ask growing questions, see potting demonstrations and even purchase African violets.  There were over 30 booths at this Garden Fair, with exhibitors coming from California and Oregon as well. In May of 1952 the club participated in another large Spring Garden fair on the University of Washington campus at the Hec Edmonson Pavilion and won a special award for it’s exhibit.  Members were in attendance to answer questions and demonstrate growing techniques.  Cecil Solly ran a full page article about African violets in his weekly gardening column in the Seattle Times in May of 1952.  This article generated a lot of interest in the club, and featured club member Mrs. E. N. Murray of Bellevue, including a picture of the violets from her collection.  Cecil Solly had a daily radio show that ran all over the Pacific Northwest for over 30 years; the longest running gardening show in the United States.  He featured an entire show all about the African violet in May of 1952.

The club posted it’s meeting dates and times in both Seattle Newspapers: The Seattle Times and the Seattle Post Intelligencer, as well as in the Northgate News.   Cecil would continue to write about African violets throughout 1952 and sometimes refer to the club in his column, even giving out contact information for folks interested in joining.  The club continued its outreach, doing presentations around town at various clubs, such as the Chrysanthemum Society and Rose Society, and had a booth at the East Side Begonia show in 1953.  The club won a blue ribbon for it’s display at that show. African violets were very popular in the 50’s and 60’s and the club continued to get favorable press and was mentioned several times in various gardening articles in both Seattle Newspapers.  In March of 1955, Paul Brown, garden consultant for the Lilly Seed company, was the main speaker at a public event for the club at Trinity Church in Seattle prior to the club’s show and sale in May of 1955, which was heralded as a city-wide event.  The African violet was dubbed ‘America’s most popular house plant.’

One of the projects of the club was called the Garden Therapy Project.  Members donated plants to local hospitals where they were received by patients and used in hospital dining rooms and reception rooms.   Some of the recipients in 1958 were the Veterans Administration Hospital, Firland, Laurel Beach and Riverton Sanatoriums, King County Hospital and Children’s Orthopedic Hospital.  The club's popularity continued to grow, and one of the larger projects was in December of 1959.  The club built and donated a large African Violet Christmas tree for the Festival of Trees fundraiser to benefit Children’s Orthopedic Hospital. The club created a towering tree out of wire with greens inserted to form a tree shape and blooming African violets backed by gold doilies as decorations.  The club continued to win ribbons for its displays at several of the garden shows around town and many of its members were on several guilds and boards of some of the leading philanthropic organizations in the city.

Although membership isn’t as large today as it was, the club still generates interest due to the African violet being a relatively easy  plant to grow that can bloom year round and provide a great deal of pleasure. With all the new varieties and colors, the African violet is indeed the perfect house plant.